Born and raised in Bordeaux, France, Chef Fabien Simon was trained in a country renowned for it’s  unique Gastronomy.

Fabien started his career in a bustling brasserie created by three of France‘s greatest chefs: Paul Bocuse, Gaston Lênotre and Roger Vergé. He worked up the ranks and at age 23 he was promoted sous chef of a brigade of 15 chefs serving up to 400 covers a day.

He then moved on to working on an elite luxury cruise ship, sailing between Barcelona, Venice and Athens.

France and a 2 Michelin star restaurant, La Grande Vigne, called him back to Bordeaux but his travels were not finished yet. Australia and New Zealand were the next stops.

Fabien has called Queenstown his second home for the past 6 years. Executive Chef at Crowne Plaza Queenstown and Head Chef at The Millhouse in Millbrook Resort are part of his résumé. For the past two years he has worked privately for local and overseas families. 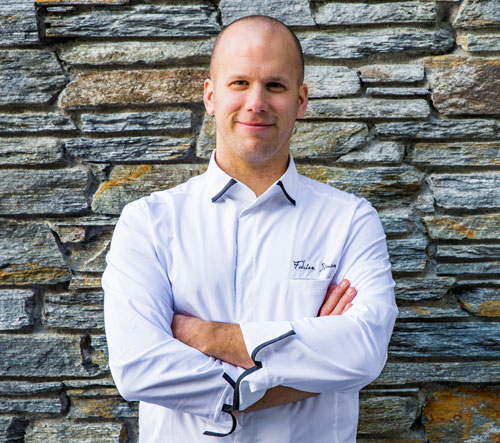 {
I’m excited about sharing my passion for food with others – teaching, inspiring, and creating wonderful occasions.”